Assembled TV's are stacked in the warehouse prior to shipment at Element Electronics in Winnsboro, South Carolina May 29, 2014. Walmart has pledged to buy an extra $250 billion in U.S.-made goods over the next decade. Walmart has already reintroduced U.S. Made flat-screen TVs which are made in Element’s 315,000-square foot plant in South Carolina which employs 200 workers on six assembly lines making 32- and 40-inch TVs that are now available more than 4,000 Walmart stores in the United States. REUTERS/Chris Keane (UNITED STATES) 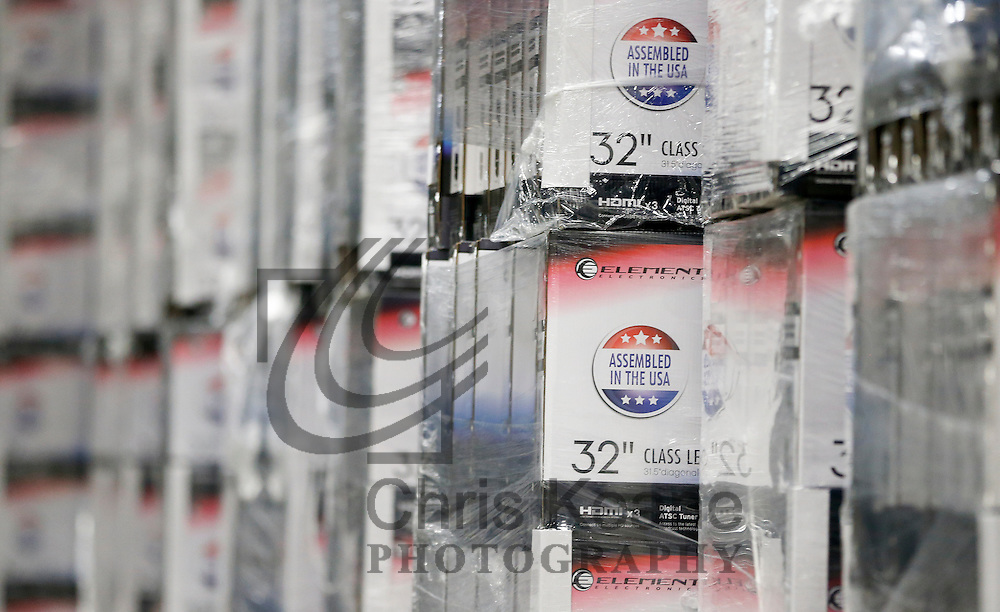